Each year, the Killam Annual Professorship awards are accorded to faculty members of the University of Calgary who have demonstrated a high quality of teaching, research, publication and creative activities.

The recognition of being acknowledged for the prestigious award comes with a $10,000 prize from the Killam Trust. This year, two women led the five professors in the areas of science, medicine, engineering and fine arts received the awards.

Josephine Hill is a leading researcher in the area of catalysis and chemical engineering who has been teaching at the Schulich School of Engineering since 2002. She serves as the Canada Research Chair in Hydrogen and Catalysis and leads the Laboratory for Environmental Catalytic Applications.

Hill received the Engineers Canada Award for the Support of Women in the Engineering Profession in 2013, the inaugural Women in Engineering and Geoscience Champion Award from APEGA in 2012, the 2008 Minerva Mentoring Award, and the 2007 Mentor of the Millennium Award from the Alberta Women’s Science Network.

She promotes awareness of the challenges that women face with Women in Science and Engineering (WISE) — a university-wide organization dedicated to supporting and encouraging women who are interested or engaged in science or engineering careers — and as faculty liaison for the Cybermentor Program for girls in grades 8-12.

As a member of the Faculty of Arts, Susan Bennett focuses in the areas of Shakespeare and early modern English drama. Bennett is internationally sought after as a speaker in these areas and has presented at such venues as the Shakespeare Institute in Stratford-upon-Avon and the Globe Theatre in London, England.

Bennett was inducted last year into the Royal Society of Canada as a Fellow of the Academy of the Arts and Humanities, one of Canada’s highest distinctions for scholars.

Stem cells are the main focus of the research being carried out by Michael Kallos, a member of the Schulich School of Engineering and Cummings School of Medicine. One of the projects he is working on with University of Calgary colleague Jeff Biernaskie involves developing a stem cell and biomaterial solution that can one day help burn patients that need skin grafts.

Earlier in his career, Kallos made a major bioengineering breakthrough by demonstrating in 2006 that it is possible to achieve large-scale growth of certain types of stem cells in bioreactors. This is important because growing cells in large numbers is needed for the development of therapies.

Bernhard Mayer is one of the world’s leading experts in isotope hydrology and isotope geochemistry. His work involves the use of chemical and isotopic fingerprinting techniques to trace compounds in the environment including contaminants.

Mayer, who is with the Faculty of Science, has been instrumental in the development of isotope tools and research programs that help to assess the environmental impacts of many anthropogenic activities, including the agricultural and energy sectors. His work also helps scientists in South Korea and Europe identify ways to treat contaminated groundwater.

David Hodgins of the Faculty of Arts and Cummins School of Medicine is a leading authority in gambling and addiction studies. He heads the Addictive Behaviours Laboratory. Hodgins’ research has led to the development of an evidence-based treatment for gambling disorders that is currently used in several states in the U.S. and has also impacted therapies developed in Australia and several Asian countries.

To read more life sciences news, features, and white papers, click on the image below… 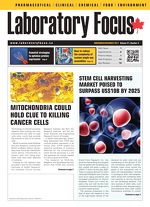